Nick is the founder of Gargate Software, the business that owns and operates WP Site Importer. He regularly contributes to this blog on topics such as Leadership, WordPress and about using our products. 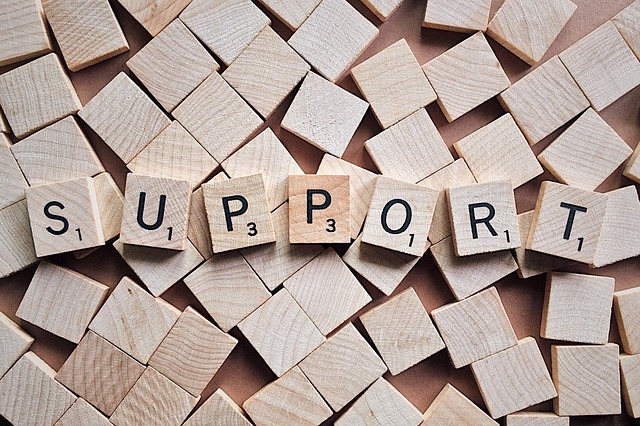 When I launched WP Site Importer, I made the decision to offer a free trial of the product along with free customer support. Friends warned me that this would be a bad idea – they said that we’d be inundated with support requests.

This couldn’t be further from the truth. In fact, in the 8 months since we launched the product, we’ve had less than 50 issues raised.

Our product is a WordPress plugin. It allows website administrators to import content from any website straight into WordPress – importing page content, images and even menu structures. Its a great starting point for migrating a website into WordPress, even if that website was built using another CMS or even raw HTML.

Now, we do test the tool thoroughly to ensure that it is a high quality product. But all software, no matter how well written and tested will contain bugs.

It’s perhaps a common conception that if you’re getting something for free, then support won’t be provided. So perhaps customers who try our plugin and find it doesn’t quite work for them don’t bother raising the issue and just move on to trying another plugin.

But we really, really want you to tell us it didn’t work for you and to tell us why. We will then fix it and fix it promptly – even if it’s not really our product at fault. Why? Because it makes us more money. You see, if you’re having an issue with our product, the chances are that other people are too. If we fix it, a proportion of those people will then go on to buy one of the paid-for versions of the software.

Let me give you some recent examples.

We recently had a Free Trial customer contact us to explain that whenever they tried to import a page they received an error message reading “Constant WP_MEMORY_LIMIT already defined” and the page would fail to import. This was odd because our code doesn’t change the WordPress memory limit – we consider that to be bad practice. Clearly another plugin was causing the problem.

We could have just responded and said the usual “deactivate all your other plugins and try again” but that didn’t sound like a long term solution. Indeed, it transpired that if any other plugin was generating any error messages (or even warnings) during our calls to import pages, then it would cause our code to fail.

We adapted our code to deal with this scenario so that it only failed if our code was generating the error. It took us an hour or two to recreate the issue, fix it and issue a new release.

A Free Trial customer contacted us stating that our product didn’t work on the websites he was trying to import. They were Belarusian websites which use a Cyrillic character set. Again, we thought this odd as we test our product against a wide range of character sets.

It turns out that our “go to” Cyrillic test sites were Russian and tended to be UTF-8 encoded. These sites, in contrast were Windows-1251 (also known as CP1251) encoded.

Our code contains some quite complex logic to try and determine the character set encoding so that we can convert it to allow our content extraction engine to intelligently find the content on the page. In these cases it consistently interpreted Cyrillic content encoded in Windows-1251 to be encoded as ISO-8859-1 and would corrupt the content on conversion.

It took about a day to come up with a solution but again, we fixed the issue and got a patch out to the customer within 24 hours, pending a more formal release.

Clearly the customers benefit here, and they might go on to purchase but, to be honest, that’s a lot of effort (and development cost) to win the business of just two customers.

But, there are three good reasons why this really helps our bottom line:

First of all, how many people who try out our free trial also have another poorly written plug-in installed which might be throwing warnings and errors? How many people are trying to use the product with character sets and character encoding combinations that we haven’t been able to try? I’d wager quite a lot.

Maybe 5%, maybe 10%, maybe more. The point is that all of those people may now buy the product rather than walking away – and that adds 5%, 10% or maybe more to our sales revenue. Better still, that revenue is nearly all pure profit as existing sales already take care of our fixed costs. For a day or two’s effort, that’s a huge return. We’d be hard pushed to get that level of return if using the same budget on a marketing campaign.

Secondly, in both cases, the ongoing support dialog with the customers revealed suggestions about features we could potentially include in future releases. In other words, it helped us get to know our customers better and learn about their use-cases and pain-points. They just needed to know that someone was listening and was willing to invest the effort to solve their problems.

Finally, there’s a good chance they’ll tell other people that not only is our product good, but that our support is responsive too. It helps spread the word and build trust in our brand.

Don’t just assume that because a plugin is free that you won’t be supported or that your issues won’t be welcomed. Try raising a support ticket – however trivial the issue.

If your plugin vendor doesn’t offer free support on trial versions, then maybe they aren’t the type of vendor you want to buy from because they’re missing a valuable opportunity to help all of their customers get more from their product whilst also generating more long term revenue.

This site uses Akismet to reduce spam. Learn how your comment data is processed.