My New Year’s Resolution – “Give Up Hope”

Nick is the founder of Gargate Software, the business that owns and operates WP Site Importer. He regularly contributes to this blog on topics such as Leadership, WordPress and about using our products. 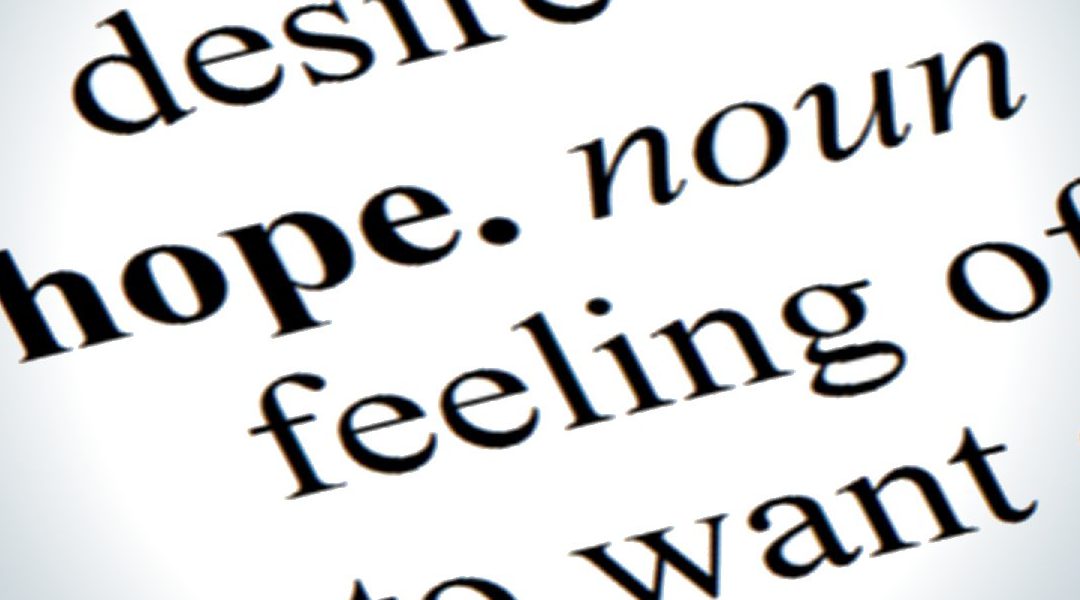 Before you get concerned and swamp me with messages regarding my personal safety, let me explain. I believe that we use the word “hope” too often in business and perhaps also in our personal lives. I believe that is a bad thing but that recognising it and challenging those who say it is a powerful technique.

How often do you hear phrases such as:

It’s such a common way of phrasing a statement. We hear it everywhere – MPs on the news, our colleagues in progress meetings and from our friends. I am also guilty as charged. I do find myself falling into the “hope trap” at times. it can just wash over us.

But it is a real issue. It really is more than just pedantry. Here’s why “hope” is a problem.

Why Hope is a Problem

Let me re-phrase each of the above statements to help illustrate why the word “hope” should be treated as a red-flag.

Those statements are now a lot stronger. The person making the statement sounds committed. They’ve taken ownership of the issue. They’ve thought things through. They spent some time on this. The team now has a plan to follow. They have something to work against and, more importantly, to measure against.

Remember in Star Wars, when Luke is asked to use nothing more than the power of his mind to lift his X-wing fighter out of the swamp? He says “Alright, I’ll give it a try”. Yoda retorts with “Do or do not, there is no try.”

Similarly, if we hear the word “hope”, we should all challenge it.

Now, that doesn’t give you an excuse, during your next business meeting, to interject with  “Plan or do not plan, there is no hope.” Then again, if you work in IT, your developers might appreciate your weak attempt at humour. Though, I suspect that might have the same kind of impact as… Dad Dancing.

When you hear the word “hope” let it throw up a red flag in your mind. Probe deeper. It’s an open invitation to say, “OK, I hear you saying that you hope to get this done by the end of the month, can you please walk me through your plan for that?” – BOOM! See what we did there? Nice, polite, people-skillsy-way-of-saying “Uh, do you actually know what you’re doing for the rest of the month?”

It really won’t take long for this practice to become second nature. You’ll pretty quickly also begin to catch yourself when you begin to give a “hope based” answer. Take the opportunity to reflect and let this tip guide you on where you may need to do a little extra planning.

Categorising certain words and phrases such as this as “red flags” is something I find very useful. For example, if someone uses the word “you” when they mean “me” in a sentence it suggests “transference” – they are transfering their issue to me. So, if I hear the sentence “You know when you’re trying to close a deal and the buyer just isn’t ready to commit to you.” Well, that’s a red flag.

Had the sales person said “I’m trying to close the deal but the buyer won’t commit to me” I’d know they were taking ownership of this, perhaps making themselves accountable. Instead they have, perhaps subconsciously, tried to transfer the problem to me – or at least tried to cast this as an issue we all share – a kind of, “well you know how it is, guv”. No, I don’t. I’d actually like to know “What do you think is stopping the buyer committing to you?”

Years ago I read a book called “Drop the Pink Elephant”. It has some fantastic insights on this type of thing. I’d thoroughly recommend it.

So, that’s my New Year’s Resolution – to watch my language and to challenge those around me to mind theirs. After all, here at WP Site Importer, we’ve a lot to get done with our WordPress plugins this quarter. We’re planning to get a new product to market, planning to get a number of affiliate partners on board and planning to end the Q with some significant sales. Hopefully!

This site uses Akismet to reduce spam. Learn how your comment data is processed.